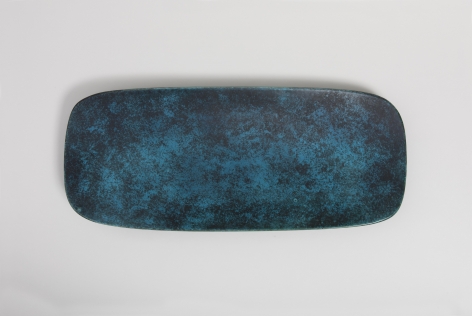 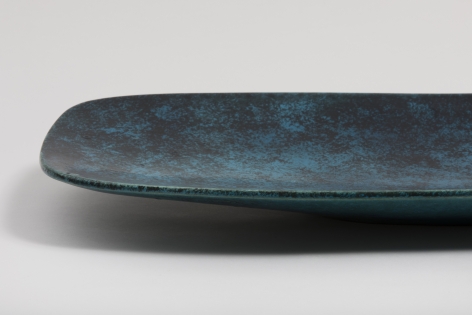 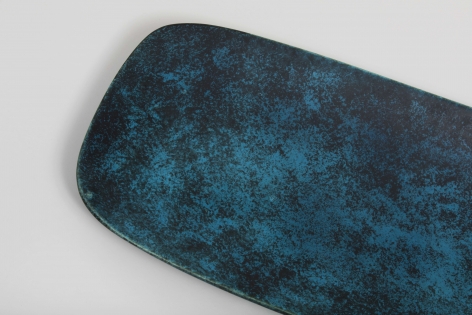 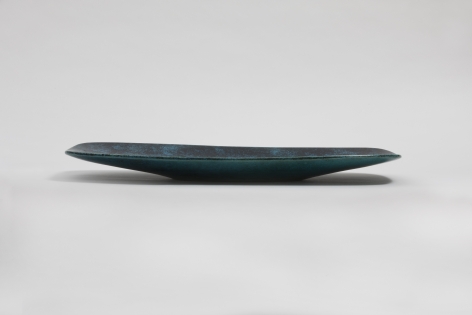 Hans Hedberg (Swedish, 1917 - 2007) was a Swedish ceramic artist active in Biot, France in the mid-twentieth century and celebrated for his exquisite, monumental mottle-glazed ceramic fruit creations. His works represent a lighthearted exercise in the observation and replication of vegetative forms evocative of both the Scandinavian and Mediterranean cultures, but are universally symbolic of fecundity as conveyed through each objects' aesthetic richness.

Hedberg was born in Köpmanholmen, a small town 300 miles north of Stockholm. Following his military service in World War II, Hedberg travelled often. Central to his travels was Hedberg's engagement with the arts, and he studied in brief stints at the Royal Danish Academy in Copenhagen and at the Académie Colarossi in Paris. In 1947, Hedberg had become fascinated with the Italian ceramic tradition after spending time in Capri. While in Capri, Hedberg studied at the Faenza Ceramics Institute, and also encountered progressive artists and collectors such as Lucio Fontana and Peggy Guggenheim, which informed his experimental inclinations.

Finally, Hedberg settled in the South of France. In 1949 he established a studio and a kiln in Biot, a pottery-making village near Vallauris, where Pablo Picasso was also working. As Hedberg grew in fame and popularity, his studio was frequented by Picasso, Fernand Léger and Jean Cocteau, and he also tutored Chagall in his craft.
In Biot, Hedberg began to hand model his ceramics and, taking inspiration from the form and coloration of eggs, he experimented with new glazes and enamels to evoke a similar mottled texture. In the 1970s, among his egg-shaped ceramics, Hedberg endeavored upon his most renown works which were brilliantly glazed, ripe and exaggerated forms of pumpkins, plums, apples, pears and grapes, which most likely evolved from initial experimentations with the egg. Additionally he created biomorphic forms evocative of sea creatures and underwater vegetation. Each of these were ranging in sizes from petite to monumental.

Hedberg's bright, sumptuous and imaginative works were recognized with multitude of awards throughout his career, and they are presently featured in a number of prestigious public and private collections internationally, including a museum devoted entirely to Hedberg's body of work established by his friends and enthusiasts.