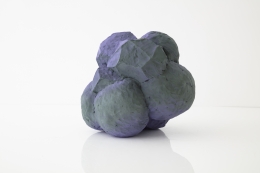 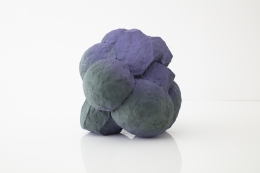 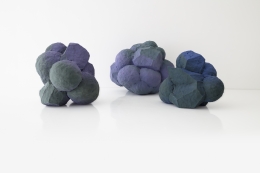 American artist John Shea uses ceramic to explore ideas of the object; he writes, “The work is an examination of what makes up an object. Looking at both an object as composed of individual elements and also as a set of relationships that inform those objects. The forms themselves are a mish-mash of organic and geometric shapes that push and pull against each other, a collection of individual parts pressed together. The overall group of pieces has been made under a set of systems that determine how individual pieces relate to each other in the series of work through form and function.”

Shea creates sculptures by joining small shapes of clay together; the original forms remain visible through the pieces’ lines and contours, the raw surface texture accentuates the artist’s actions. Shea fires the works before spraying them with enamel oil paints, enhancing the luminescent qualities of the colors while heightening his fingermarks and the planes within the clay. Shea colors each work to seem as though it has a colored light shining on it; the radiant aura is intended to push the viewer’s sense of perception of the object and expected experiences.

Shea graduated with a BFA from the School of American Crafts at the Rochester Institute of Technology in Rochester, NY before attending graduate school at the University of Wisconsin in Madison, where he earned an MA and an MFA. He has been a resident artist at the University of Montevallo in Alabama, and his work has been shown throughout the United States and internationally. 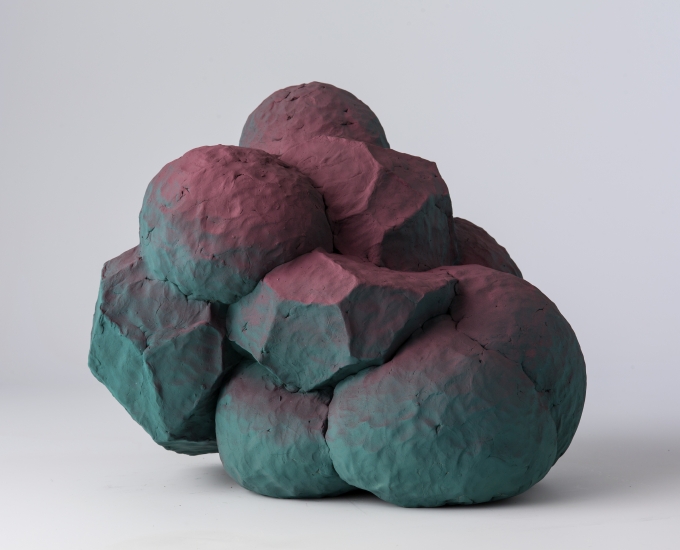