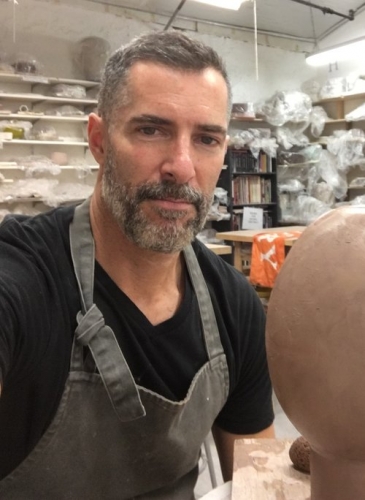 Carlos Otero is an Argentinian architect, designer and sculptor based in New York. Otero's unique hand-made sculptures represent a return to the primitive: they are small but potent works created in bold defiance of contemporary trends towards overscaling, technology and the excise of the artist's hand.

Born and raised in Argentina, Otero received his education at the University of Buenos Aires in Architecture. In 1996 he relocated to New York City and in 2001 Otero founded the interior architecture firm Carlos Otero Design Inc. In 2010, Otero's interests shifted towards the fine arts, and he spent a two-year period in Hong Kong intensifying his practice of creating clay objects and studying the ceramic medium. Inspired by Brutalist and Primitive architecture, the works of Le Corbusier and mud architecture in Mali, Machu Picchu and Cappadocia in particular, Otero applies the forms, colors and textures from these movements to his sculptures and compresses them into small scale, totemic figures.

The results are sculptures that are at once architectural and biomorphic. Teeming with the artist's energy, they are dynamic, animated and demand to be handled, which is Otero's intent. He counts on the transference of the artist's energy to the beholder in order to subvert the expectations of the technologically inclined viewer on what it means to be interactive.

Otero continues to undermine the viewer's expectations not only with regard to interactive technology but also in terms of potency. In a recent series of sculptures, Otero appropriates the gilded orbs, spears and thorns of European monarchic regalia, and renders them roughly in clay. Seemingly a cancellation of the qualities of power and extravagance, Otero's objects appear to embody even more potency and presence than their original incarnations.

Otero's process involves the preliminary sketching of his sculptures and hand building his works with a multitude of materials including ceramic, natural wood, unglazed and glazed fired clay and the application of an off-white matte finish. 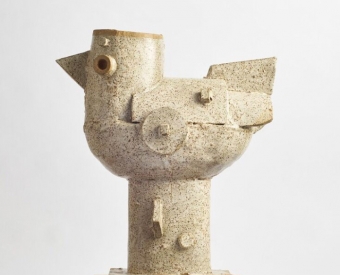 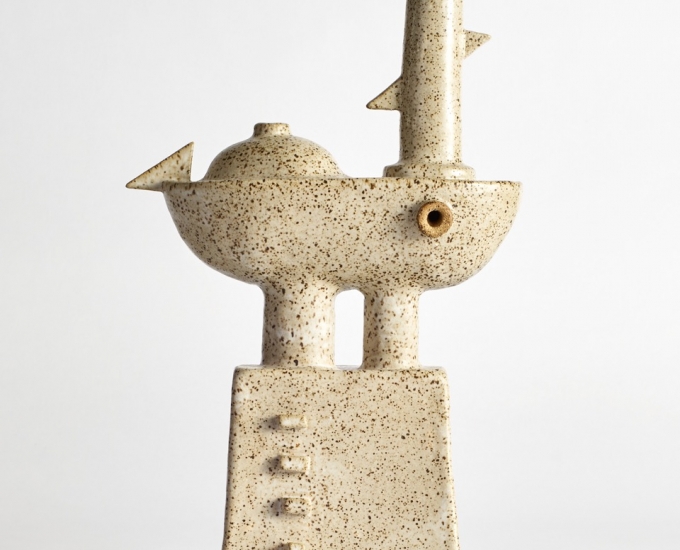 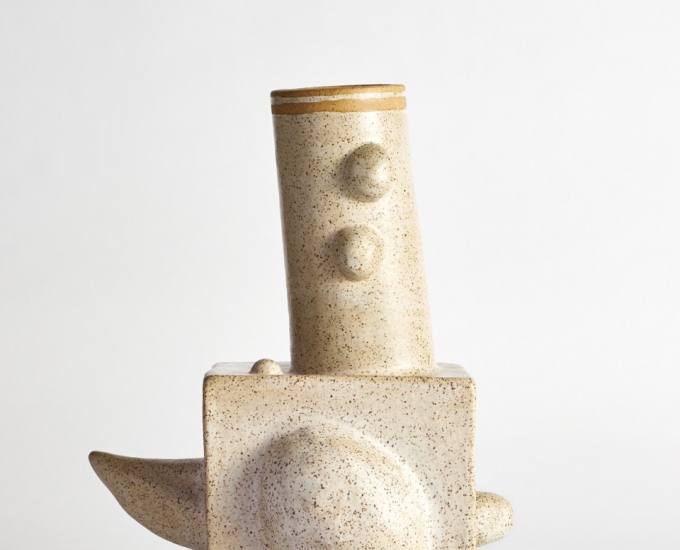 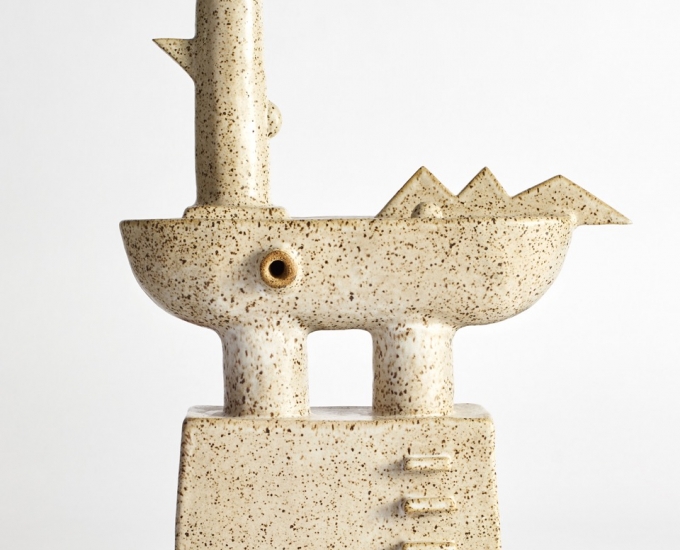 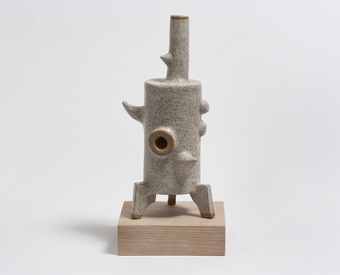 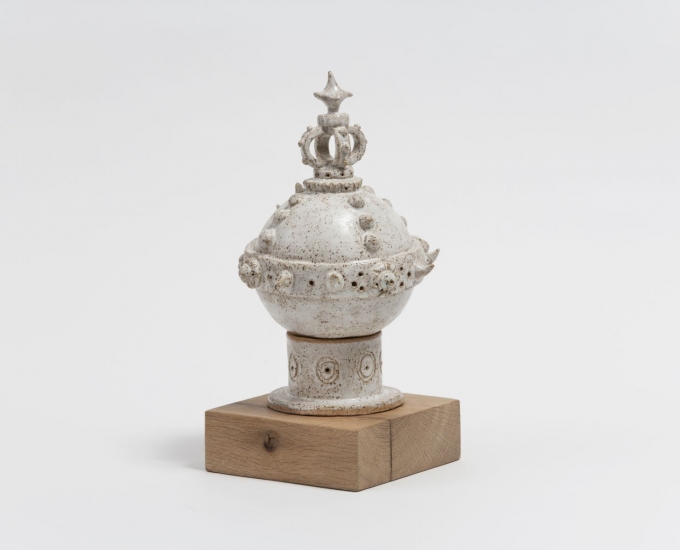 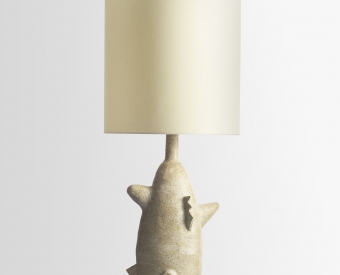 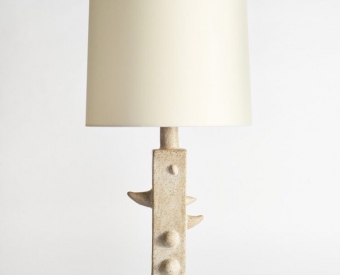 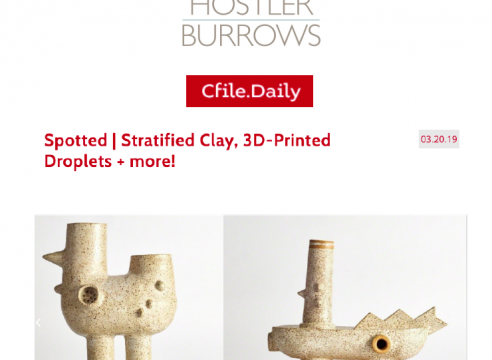 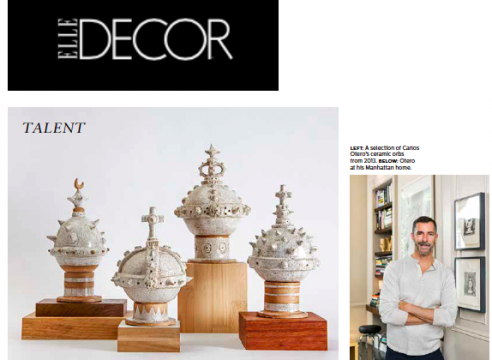